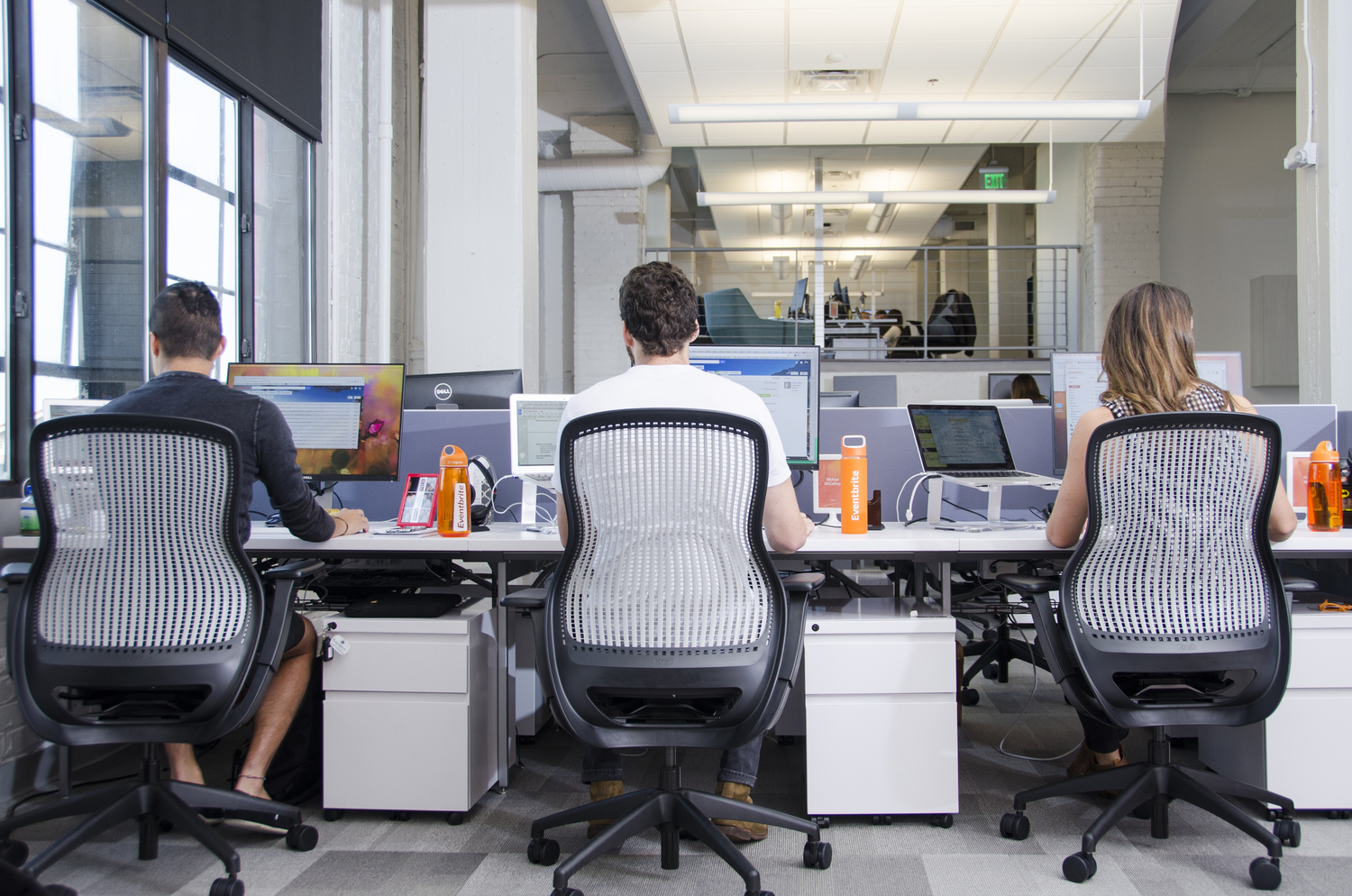 PyConES is the main event for Python developers in Spain and a must-attend for the engineering team based in Madrid. We meet the Python community every year, so we have a chance to catch up with fellow developers from other parts of the country. We learn a lot from them as we share our most recent experiences, either through our sessions or while hanging out with a coffee in hand.

The Spanish Python community has an identity of its own: it’s very diverse, open and most of all, inclusive. These values are essential to us, that’s why it’s not only necessary to be present at this great event, but also to sponsor it!

The trip to Málaga

PyConES is celebrated at a different location every year so that everybody gets to attend at least once, to share the hard work among various members of the community, and –why not — to showcase beautiful Spanish cities.

This year we attended PyConES at Málaga. This city is 530 km south of Madrid, and because that’s too far for many people, Eventbrite facilitated a bus so everybody could get there. That allowed us to meet some attendees before the event.

Eventbrite, similar to PyConES, has firm commitment to diversity, so we didn’t want to miss the opportunity to join the Django Girls workshop. (Once at the conference, we were glad to see that 25% of the attendees and 33% of the speakers were female!) One of our Britelings, Federico Mon (@gnufede), was a mentor for the workshop and he enjoyed it. So much so that we’re going to repeat the experience in Madrid on November 17th.

While this was the first time for Eventbrite to attend the conference, the Spanish team in Madrid had participated many times in the past years. Our faces were very recognizable, so obvious questions arose: “Where is Ticketea?”, “What’s Eventbrite?”. We were committed to satisfying the curiosity of everyone visiting our booth — which was a lot, by the way. Eventually, people got to know the brand and gained interest in it not as a platform, but also as a nice place to work in the center of Madrid. We met lots of people who want to come and visit us at our office!

When people visited our booth we had the chance to chit-chat with many of them, give them some Eventbrite goodies (very cool ones if you allow me), and discover their interests. We met many young people, a more significant amount of female attendees than in any other conference we attended this year. Among them were some non-devs that wanted to start with programming, and many data scientists as well. We can assert that the Python community is — hands down — one of the healthiest ones out there.

Also, we are hiring!

First of all, we want to thank the organizers of Python Spain, speakers, sponsors, and attendees for making it a great conference every year.

We are looking for passionate React and Django developers and also Site Reliability Engineers. We are expecting to welcome many more roles in the coming future, so if you are interested in working with us, don’t miss out and check our open positions at eventbrite.com/careers.

Eventbrite Engineering at PyConES was originally published in Briteling Blog on Medium, where people are continuing the conversation by highlighting and responding to this story.